At a large, tastefully-appointed Sneden’s Landing townhouse, the Deputy Mayor of New York has just shot himself. Though only a flesh wound, four couples are about to experience a severe attack of Farce. Gathering for their tenth wedding anniversary, the host lies bleeding in the other room, and his wife is nowhere in sight. His lawyer, Ken, and wife, Chris, must get “the story” straight before the other guests arrive. As the confusions and mis-communications mount, the evening spins off into classic farcical hilarity. 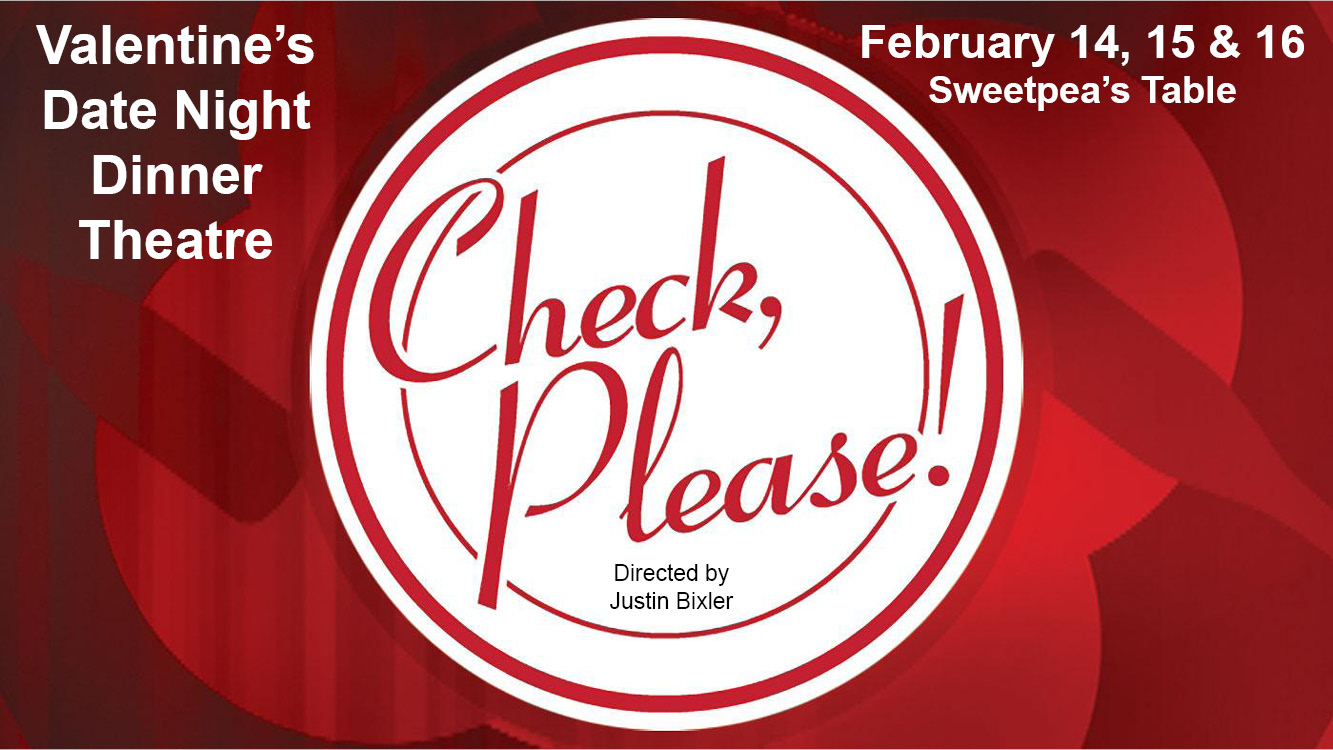 Seating begins at 6:30 p.m.
Show starts at 7:00 p.m.
As parking on-site is limited, please park at LaBelle Haven Baptist Church next door to the restaurant.

Dating can be hard! Especially when your date happens to be a raging kleptomaniac, or your grandmother’s bridge partner, or a mime. “Check Please” follows a series of blind dinner dates that couldn’t get any worse — until they do. Could there possibly be a light at the end of the tunnel?

A fun night out alternative for you and your significant other, a group of friends, or even a blind date! 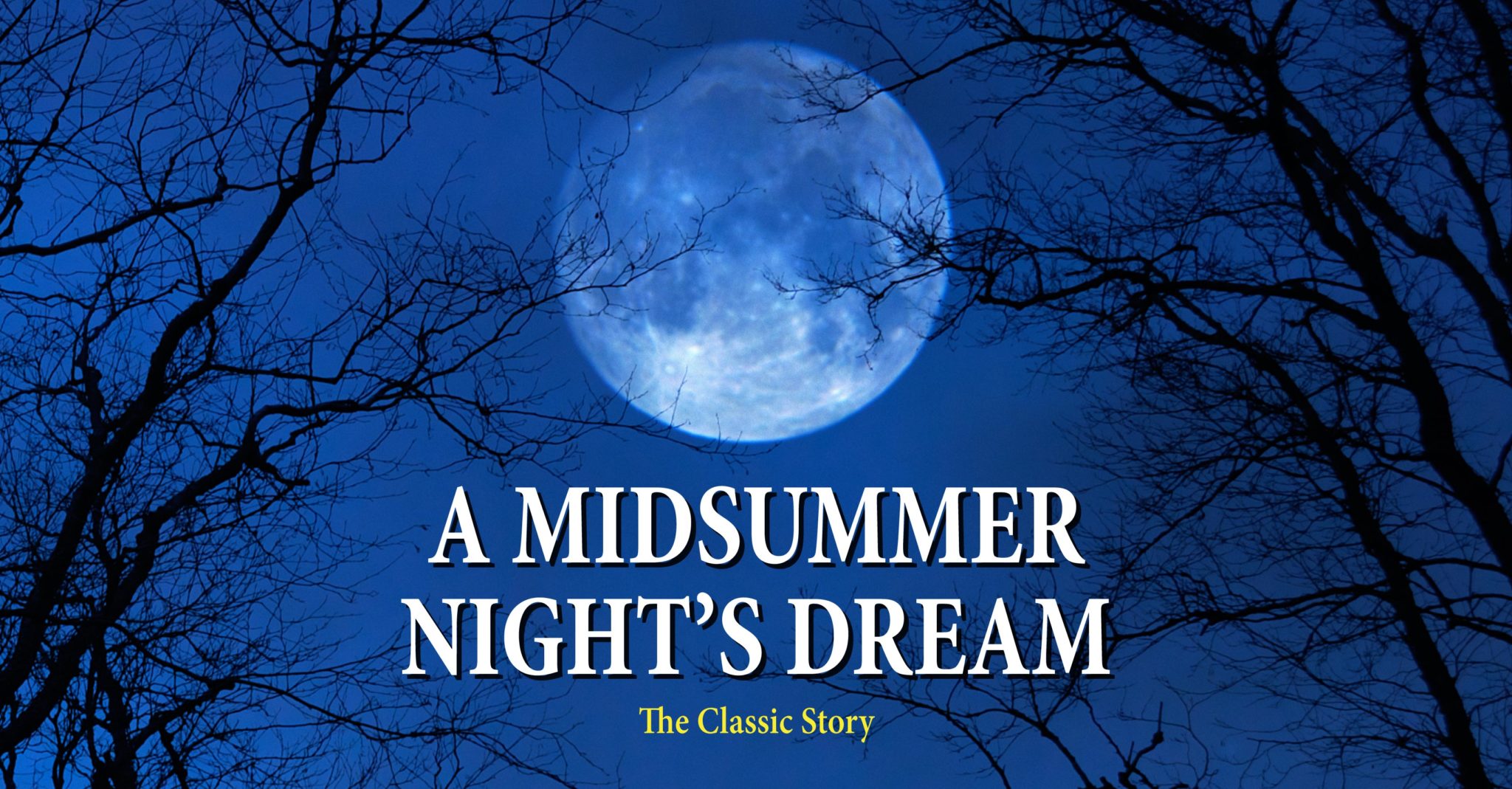 DUE TO INCLEMENT WEATHER AND FOR THE SAFETY OF OUR ACTORS AND PATRONS, we have made the difficult decision to move this week’s production of “A Midsummer Night’s Dream” indoors to Friendship Church of Christ for ALL PERFORMANCES.

Theseus and Hippolyta are planning their wedding festival when Egeus, an Athenian nobleman, enters the scene, followed by his daughter Hermia. Theseus wants Hermia to marry a young Athenian nobleman named Demetrius, but she refuses. Hermia flees into the woods with her true love, Lysander.

Helena, determined to win Demetrius’ love for herself, tells him about Hermia’s plan to elope with Lysander. He immediately goes looking for Hermia in the woods. Meanwhile, Oberon quarrels with his wife Titania, the Fairy Queen. Oberon sends the mischievous Puck to sprinkle a love potion on Titania.

On the way, Puck decides to have some fun and cast a spell on Lysander and Demetrius. Puck’s spell causes both Lysander and Demetrius to fall for Helena. A betrayed Hermia chases Helena while the men fight. Under the influence of the love potion, Titania falls for Nick Bottom, an actor with a donkey’s head.

Chaos ensues, and the play becomes a comedy of errors. Finally, King Oberon removes the enchantments from all but Demetrius, who’s still in love with Helena. Duke Theseus and Hippolyta share their wedding festival with the newly matched lovers.

ABBA’s hits tell the hilarious story of a young woman’s search for her birth father. This sunny and funny tale unfolds on a Greek island paradise. On the eve of her wedding, a daughter’s quest to discover the identity of her father brings three men from her mother’s past back to the island they last visited 20 years ago.

The story-telling magic of ABBA’s timeless songs propels this enchanting tale of love, laughter and friendship, creating an unforgettable show. A large cast, non-stop laughs and explosive dance numbers combine to make Mamma Mia! a guaranteed smash hit for any theatre. A mother. A daughter. Three possible dads. And a trip down the aisle you’ll never forget!

The Bard’s famous comedic romp known for the brilliant war of words between the feisty Beatrice and the staunch bachelor Benedick, Much Ado About Nothing plays out amidst the brittle high spirits of a post-war house party. When Don Pedro, Prince of Aragon, visits Leonato, Duke of Messina, love antics ensue. War hero Claudio falls in love with Leonato’s daughter, Hero and their marriage is agreed upon. While marriage preparations ensue, Don Pedro schemes up a plan to make old flames and longtime bantering partners Benedick and Beatrice fall in love. Despite Beatrice’s ire against Benedick and his claims to being a confirmed bachelor, when each overhears that the other is in love with him/her, he/she begins to wonder whether love between them is possible. Meanwhile Don John, the prince’s misanthropic bastard brother, contrives a more malicious plot to make Claudio believe his betrothed is unfaithful. The wedding day arrives, and Claudio denounces Hero at the altar. When Hero faints, the men abandon the wedding party, and she takes the advice of the Friar – who is convinced of her innocence – to pretend to be dead until the truth can be revealed. The foolish constable Dogberry and his watchmen overhear Borachio boasting of his exploit and the plot is exposed. Claudio promises to make amends to Leonato: he is required to marry a cousin of Hero’s in her place. When unmasked, she is revealed as Hero. Claudio and Hero plan to marry, and Benedick and Beatrice do the same. This charming exploration of love and marriage, friendship and honor, features some of Shakespeare’s wittiest and most poignant dialogue.

It’s 1922 in New York City, and a young Millie Dillmount has just moved to the Big Apple in search of a new life.  Her grand plan is to find a job as a secretary for a wealthy man and then marry him. However, her plan goes completely awry. Millie’s wealthy boss is slow in proposing marriage, and the man she actually falls in love with doesn’t have a dime to his name – or so he tells her.  What’s a small town girl to do? 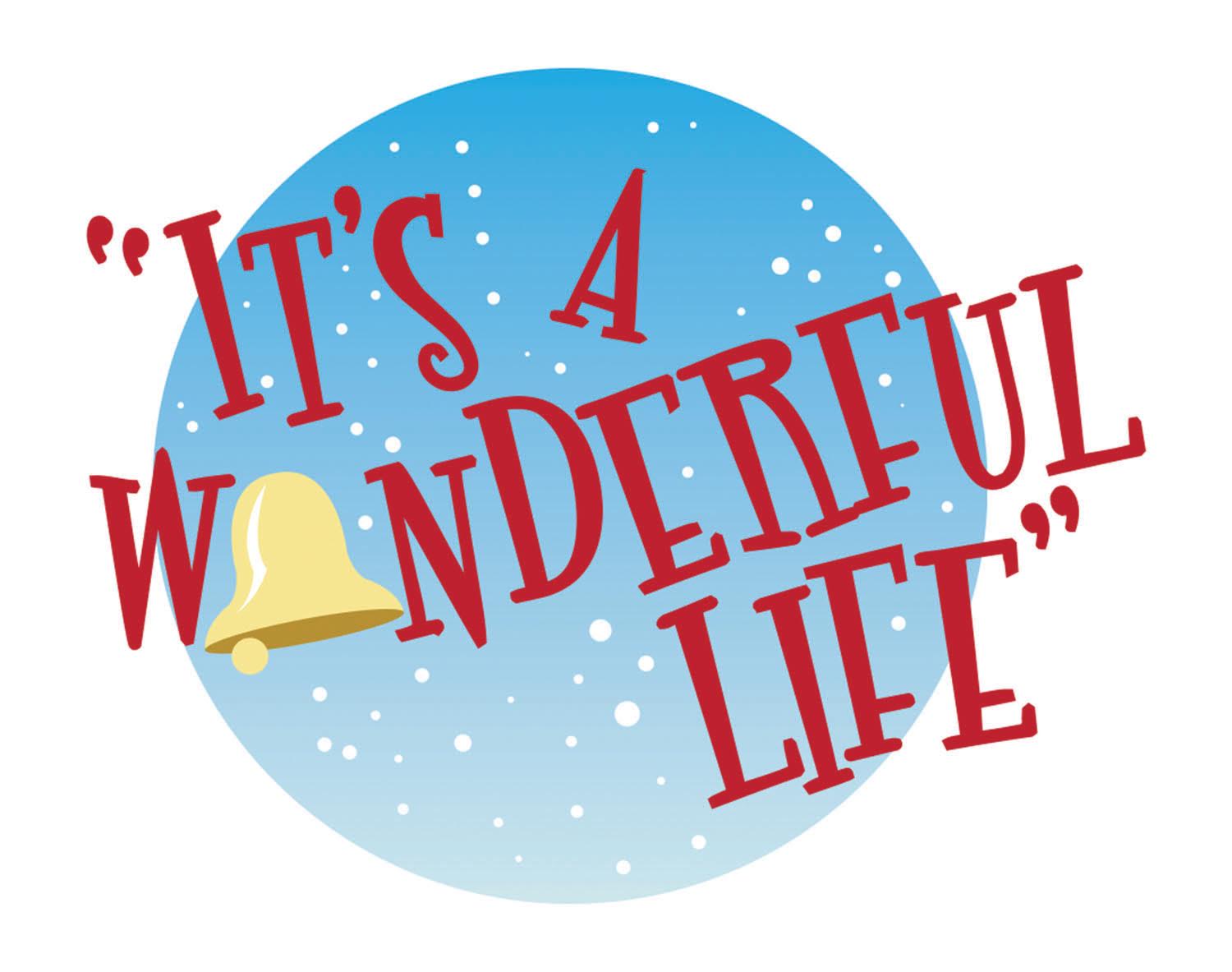 Volunteer to be a server (and see the show for free) here!