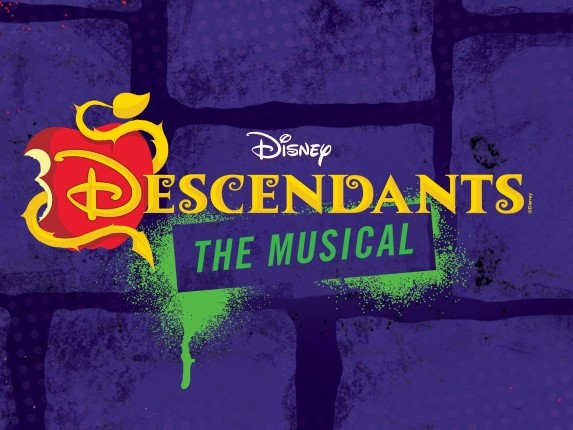 ​WHO: Ages 8 and up. Casting all roles in DESCENDANTS: THE MUSICAL

WORKSHOP: An audition workshop will be held on Friday, January 7, 2022. Click here for WORKSHOP details and registration.

AUDITIONS: Auditions will be held on Saturday, January 8, 2022, and consist of two parts.

Callbacks will be held on Sunday, January 9, by invitation only.

WHAT TO EXPECT FOR VOCAL AUDITIONS: Prepare a 32-bar cut (60-90 seconds) from a song in the show. Accompaniment tracks without vocals will be provided. You must sing from the show.

WHAT TO EXPECT FOR DANCE AUDITIONS: Please come prepared to dance with appropriate clothing and footwear. No flip-flops or bare feet.

REHEARSALS: Rehearsals begin the week of January 10 and will be on Mondays, Tuesdays, Thursdays, Fridays, and Saturdays. There may be a few Sunday afternoons, as needed.

If cast in this production, all cast members are required to pay a $35 Participation Fee. $5 of this fee goes towards Kudzu’s microphone campaign.

Email [email protected] for more information about the show. ​

Mal – Our hero and Maleficent’s daughter. Under her hardened, sarcastic exterior, she has a sense of justice and a heart of gold.

Evie – The Evil Queen Grimhilde’s daughter. She hides her brilliance behind a superficial, image-obsessed attitude.

Carlos – Cruella de Vil’s son. Despite a fear of dogs and just about everything else, he has the capacity to be brave and kind.

Maleficent – The infamous evil fairy. She is a profoundly selfish absentee parent with an unquenchable taste for vengeance.

Grimhilde – Snow White’s wicked adversary. An aging beauty queen, she is still desperate to be the fairest of them all.

Jafar – Aladdin’s nemesis. He is a slimy, washed-up crime lord desperate for a way back to the top.

Cruella de Vil – A Dalmatian-loving dog-snatcher. She is an obsessive, eccentric, and overbearing helicopter mom

Ben – Son of the Beast and Belle. He is a classically regal, optimistic kid who bears the weight of soon becoming King of Auradon.

King Beast – Ben’s father and King of Auradon. Royal and rule-driven, he knows a bit about being marginalized.

Fairy Godmother – Headmistress of Auradon Prep. Busy and bubbly, she’ll do anything to keep the school afloat.

Jane – Fairy Godmother’s daughter. Meek and mousy, but hungry for attention, she’s looking for her moment to shine.

Chad – Cinderella and Prince Charming’s son. An arrogant and spoiled blockhead, he’s never wanted for anything.

Audrey – Sleeping Beauty’s daughter. The malicious queen bee of Auradon Prep, she has her eye on the throne.

Doug – Dopey’s son. Nerdy and sweet, he does all the work that his fellow students don’t want to do.

Maurice – Chemistry teacher and Belle’s father. He is kooky and stuck in his ways.

Coach – The tourney coach, resigned to the team’s mediocrity until meeting a surprise star player.

Snow White – Red carpet reporter. She is the voice of the masses.