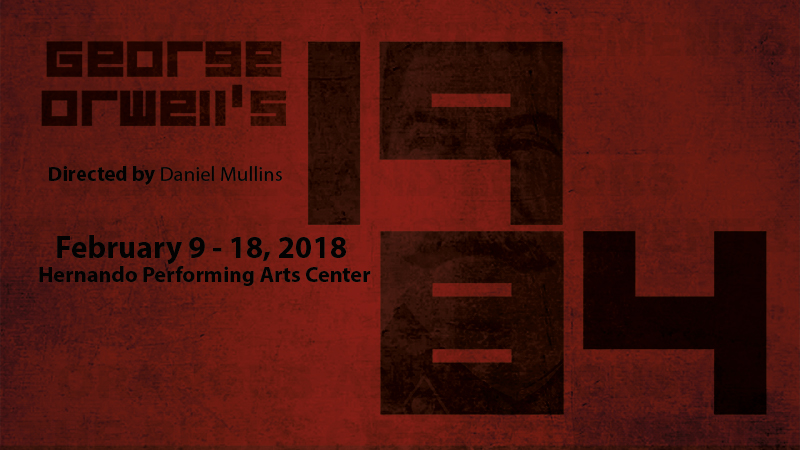 Winston Smith, living under the totalitarian rule of the Party, has the idea of writing a diary. It is a crime punishable by death and there is no way of knowing if he is being watched. He imagines two futures—in one, a future readership in a free society think of him as a hero; in the other he is caught, executed and forgotten. Perhaps both things are true. That day, during the obligatory “Two Minutes Hate,” he wondered who else might be harbouring thoughts of rebellion, and who may be working for the Thought Police. Winston starts the diary. He writes the year, so far as he knows it: 1984. This multi-award winning adaptation of George Orwell’s ultimate dystopian novel continues to resonate throughout the world.

Produced by special arrangement with THE DRAMATIC PUBLISHING COMPANY of Woodstock, Illinois