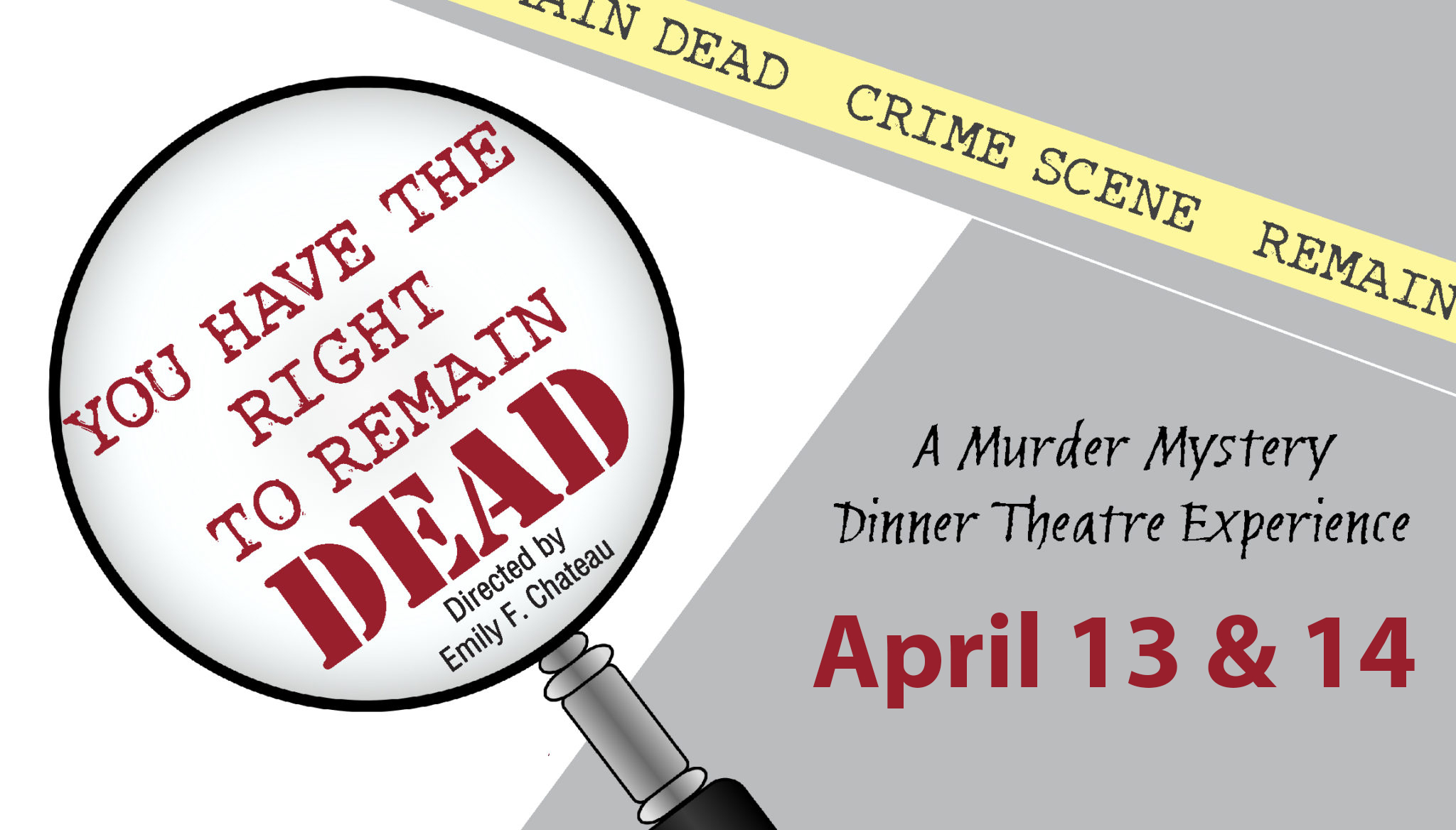 Dinner theater returns to Kudzu Playhouse for its third year! You’ve just settled down in a theatre to solve an audience-participation murder mystery. The narrator comes out and gives you a few “ins and outs” on what to look for in the play. The show starts and you meet Fat Daddy, a rich but vindictive southern gentleman with an equally conniving and scheming family. So you know who’s going to die, right? But who will the murderer be? Will it be Sweet Mama, Daddy’s pandering wife; Hyacinth, the daughter who’s always cleaning the family firearms; Earl the worm, or his overly amorous wife, Savannah; or Clete, the sullen handyman who, for some reason, is in the will? Then Fat Daddy is discovered, dead as a hammer. Except the corpse isn’t Daddy’s – it’s the narrator’s! The director comes on stage and the police arrive. Now you have to figure out which of the actors murdered the narrator. And not only are you questioning the cast, but they are questioning you! Yes, you are a suspect as well! This frantic mystery-comedy will have audiences guessing until the last clue is dropped and the last ham overacts.

This show is appropriate for ages 10+.

Delicious Southern Cuisine to be provided by Sweetpea’s Table. Alcohol is permitted, but is B.Y.O.